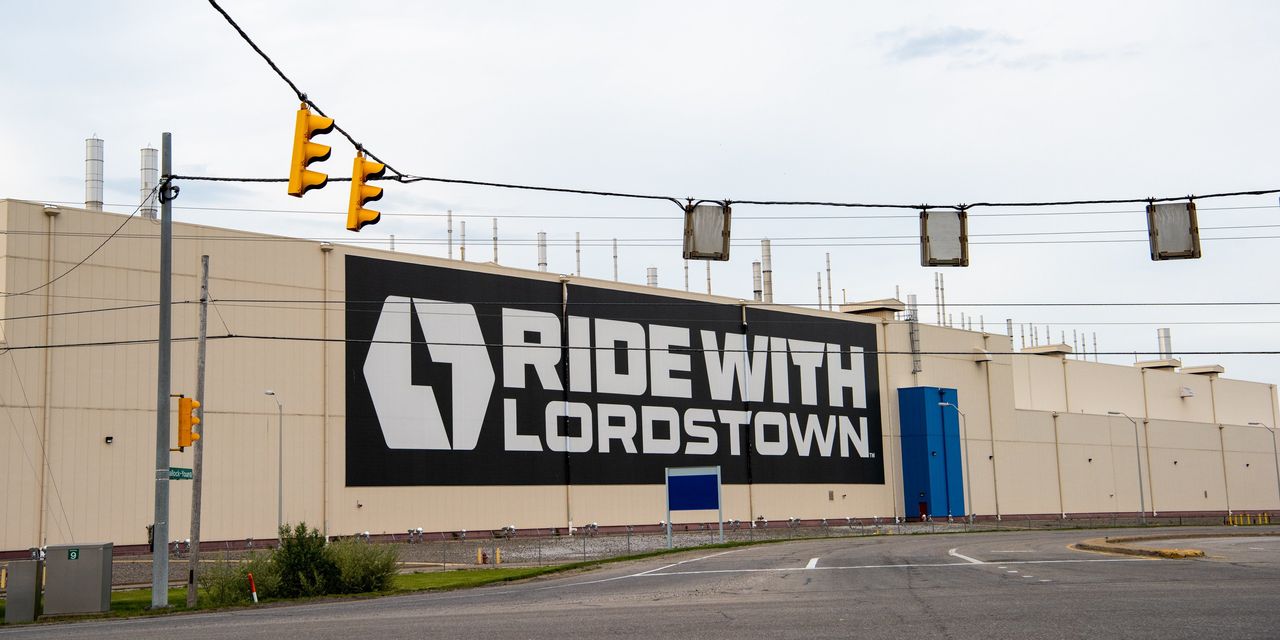 The two-year-old firm, which is converting a former General Motors Co. factory to build electric pickup trucks, ended the first quarter with about $587 million. But it has cautioned that its cash burn is accelerating, largely because of higher-than-expected costs related to vehicle development and testing, and it will need to raise more money soon or risk running out of cash.

On Tuesday, it amended its annual filing with a going-concern warning, a signal to investors that it may not survive financially the next 12 months. Lordstown Motors stock tumbled 16% on Tuesday’s news and has had a volatile day Wednesday, falling as much as 21% before rising up to 15%. The stock closed at $11.23, up a penny.

Building a car manufacturer from the ground up requires ongoing infusions of capital to help cover everything from engineering costs to manufacturing and marketing, he said.

“It just doesn’t end,” he said. “The need for funding is a lot greater than any initial investment.” According to RBC Capital Markets, Lordstown Motors will need to raise $2.25 billion to remain solvent through 2025 when the analyst projects the company will become profitable.

A personal, guided tour to the best scoops and stories every day in The Wall Street Journal.

In its filing Tuesday, Lordstown Motors said it didn’t effectively monitor for risks nor have an adequate process in place for addressing weaknesses in internal controls. The company also said it lacked a sufficient number of skilled accounting employees. The weaknesses in its internal controls over financial reporting could have caused material misstatements in its financial statements, the company said.

“It’s a fundamental breakdown of what internal controls are supposed to be,” said Joe Schroeder, associate accounting professor at Indiana University.

A Lordstown Motors spokesman said Wednesday the company has adequate capital to continue operations and begin limited production, and it is in talks with several parties over raising funds. The company has significant tangible assets and multiple viable avenues for raising money, he said.

The auto industry is dotted with failed startups, including a number that had previously targeted the electric-vehicle market. The capital needed to develop new models and then prep factories to build can run into the billions.

Startups like Lordstown Motors are competing with well-established car companies sitting on hoards of cash, many of which have gotten far more aggressive in investing in electric vehicles within the past year. Ford Motor Co. , for instance, said recently it plans to boost spending on battery-powered cars by about one-third to $30 billion by 2025.

Lordstown Motors’s recent troubles, including the going-concern notice, could hamstring further fundraising efforts, analysts and lawyers say. The stakes are high for the company, which has yet to generate any revenue from trucks, making getting its first one into production even more crucial.

Electric-vehicle startups can tap private equity and tech firms looking for partners to help them stay afloat but those types of investors will want to see a clear path to production and take relatively large equity stakes in return for handing over cash, Mr. Loehr said.

“If you don’t end up getting to maturity and releasing a car, you’re not going to make it,” he added.

Lordstown Motors Chief Executive Steve Burns has said the company is trying to raise additional capital through asset-backed financing or a government loan program set up by Congress in 2007 and used by Tesla Inc. years ago to fund its upstart operations. Without the new funding, Lordstown Motors said it won’t have enough money to scale production of its all-electric truck, which will start at $52,500 and target businesses and other commercial fleet operators.

“I don’t know if I’m allowed to say we’re optimistic or not, but we feel good about it,” Mr. Burns told analysts last month about its ability to secure the loan from an Energy Department program.

Taite McDonald, a lawyer at Holland & Knight LLP who advises companies trying to secure loans from this particular Energy Department program, said a basic requirement is applicants be financially viable without further assistance.

“Companies that can’t meet that test are not likely to pass through the process,” she said.

Lordstown Motors’ financial needs threaten the rescue of the closed GM plant in the Ohio town that gives the company its name. Its revival had become a focal point for former President Donald Trump, who had both criticized GM for idling the roughly 1,400-worker factory and praised Lordstown Motors for taking it over, hailing the startup’s efforts as a way to preserve manufacturing jobs in the community.

Earlier this year, the company’s Mr. Burns reassured investors that it was on track to deliver its first model, a commercial truck called the Endurance that runs on battery power only, this year. Production at the plant is expected to start in September, the company reiterated this week.

Lordstown Motors posted a $125.2 million net loss in the first quarter of 2021, and with no new revenue coming in, it has run up an accumulated deficit of $259.7 million.

Its debts are small and include a $1 million note from the federal government’s Paycheck Protection Program to cover payrolls during the pandemic. The company, however, has payment commitments to its battery cell suppliers coming due: $16 million this year, $139 million next year and $274 million in 2023, according to the company’s quarterly report.

At the end of May, it said it expects its cash on hand to dwindle to between $50 million and $75 million at the year’s end.

The two-year-old startup rode a wave of investor enthusiasm last summer for new electric-vehicle startups trying to emulate Tesla’s success. It was among a number of upstarts that went public last year by merging with special-purpose acquisition companies, or SPAC, shell firms that list on a stock exchange with the sole purpose of acquiring a private company to take it public.

—Alexander Gladstone and Mark Maurer contributed to this article.

Write to Ben Foldy at Ben.Foldy@wsj.com