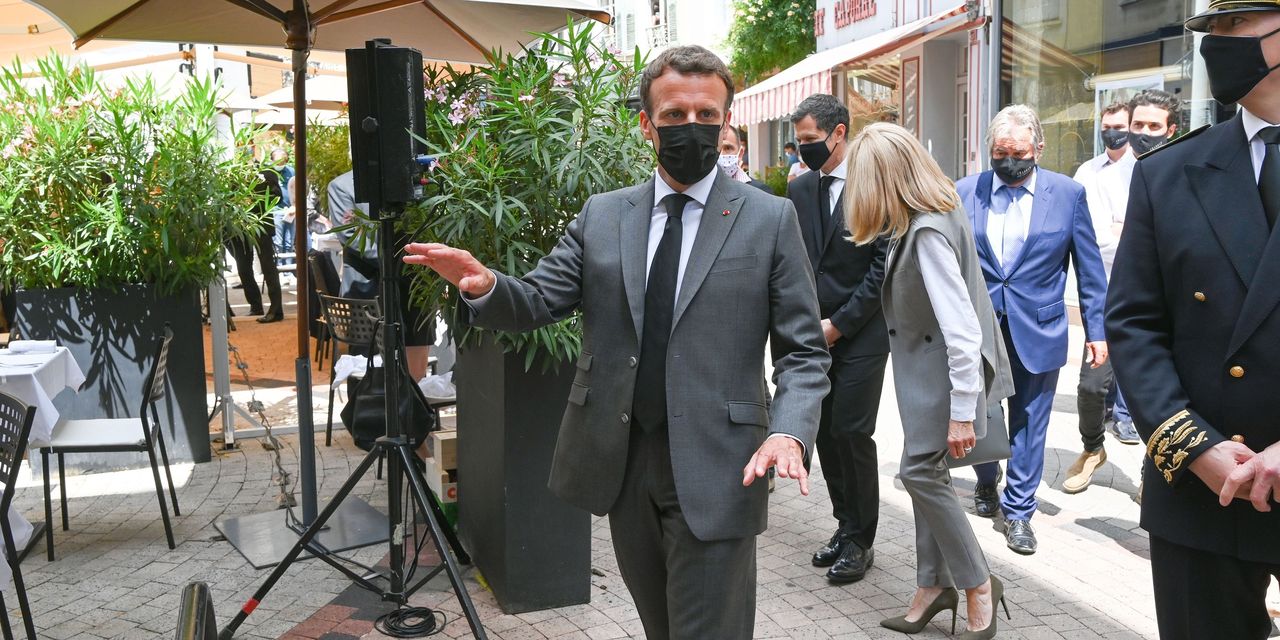 PARIS—A man appeared to slap French President Emmanuel Macron across the face Tuesday during a visit to a small town in southern France, in a sign of how tensions are building ahead of next year’s presidential election.

In two videos broadcast on French television, Mr. Macron is seen jogging toward a small, cheering crowd standing behind a barrier. Mr. Macron leans in for a greeting, placing one hand on the arm of a man wearing a green T-shirt.

The man then shouts “Montjoie Saint-Denis! Down with Macrony!” as he winds up and appears to slap Mr. Macron’s face, causing the president’s head to jerk to one side.

“Montjoie Saint-Denis” is a royal battle cry that dates back to the 11th or 12th century. It is still used in France as a motto by some far-right groups. “Macrony” is a term used by the president’s opponents to describe Mr. Macron and his allies.