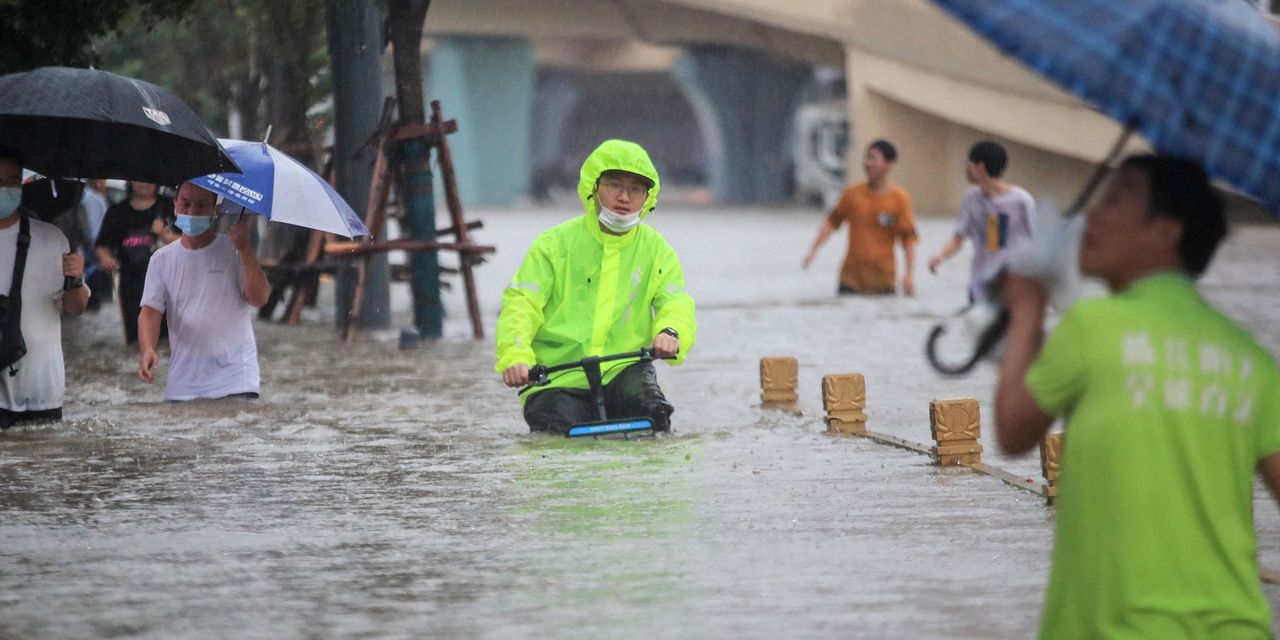 The damage to the manufacturing hub in Zhengzhou city, Henan province, however, appeared limited, the workers said. Taiwan-based Foxconn Technology Group operates three factories in the city with hundreds of thousands of workers—many of them living on factory campuses—producing more than half the world’s iPhones, according to analysts.

Foxconn said that it has implemented an emergency response plan for flood control but there had been no direct impact to its facilities from the flooding.

The potential disruption to production arrives just as Apple suppliers start to gear up for this year’s new iPhone models, expected to be launched in the fall. Assembly of the new models and their components generally starts around July and ramps up in the following weeks.

Henan officials said Wednesday that at least 25 people have died and more than 1.2 million have been impacted by the flood, which started with heavy rains on Saturday. Local news and social media showed passengers stuck on subway cars in waist-deep water and vehicles submerged in flooded streets. Trains and flights were canceled, while many sections of highways in the region were closed.